What Joint Use Stakeholders Must Recognize for a Smoother 5G Rollout 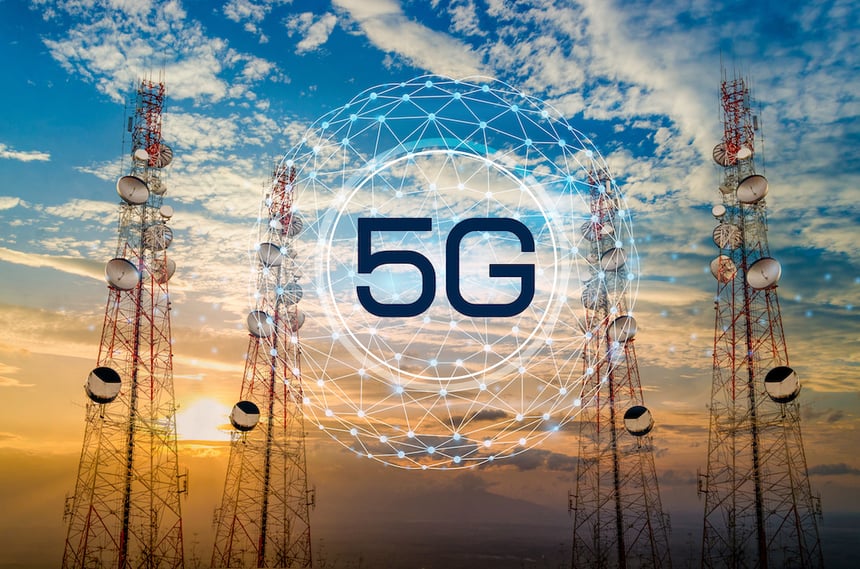 Part Two of our four-part series “The Success of 5G Deployment Depends on these 4 Key Industry Changes.” Read the first article here.

Electric power utilities and communications companies have done business with one another for a very long time. Dianne Costello, Alden's Customer Success Manager, notes that the earliest joint use contract she has reviewed was from 1908. Telephone lines and power lines commonly were attached to the same poles under agreements that required a very small percentage of the asset owner’s attention. New technologies and more attaching companies emerged over the years, but for a while, the increased activity could be managed mostly using traditional approaches. Think spreadsheets, phone calls, and yes, even post-it notes.

Now, these industries have begun by far the busiest, most complicated phase to date. The nationwide rollout of 5G service is underway, and work has multiplied exponentially: the number of company interactions, the number of players involved, and the number of attachments – particularly small cell antenna equipment -- being proposed and deployed on utility poles, streetlight poles and new structures. 5G requires a dense cellular network to function as designed, and that means stakeholders must work together more closely and more frequently than ever before.

The smooth, efficient deployment of 5G infrastructure requires fundamental change in the companies’ approach to these relationships. Alden's CEO John Sciarabba has characterized these needed changes in terms of mindset shifts. The first and most basic change is for all the parties involved to recognize that they share a common objective — to provide the best service possible to the communities they serve — and that they all stand to benefit from the improvements 5G will bring.

It’s equally important, however, for the various players to respect one another’s distinct goals and constraints as they move through the deployment process.

The companies and entities that must work together to get 5G deployed successfully include:

For many years, standard joint use practices served the partners well. The attaching company would submit a request for attachment to the pole owner, which would send a technician into the field to examine the poles in question. The technician would take measurements and record observations by hand, return to the office and create a written report that could be used to decide on the attachment request.

The resulting data, along with memos and communications, might be stored in a binder or, later, on an Excel spreadsheet. Once the request was approved, the work could be done, and a follow-up inspection would ensure it had been done properly. Letters would be sent back and forth or phone call would be made throughout the process.

Some companies today are still trying to handle utility asset management with some version of these longtime practices. It shouldn’t be surprising that a system that worked well enough when a company simply wanted permission to attach a cable to a series of poles is inadequate to manage hundreds of applications for small cell attachments to poles, some of which already may have multiple attachments. But as Marshall Goldsmith famously said, “What got you here, won't get you there.”

The drastic increase in the pace of deployment and the number of attachment requests can increase the likelihood of conflict, possibly including lawsuits, unless new systems and approaches are employed. It’s more important than ever that the parties understand and respect each other’s unique concerns.

Challenges and Benefits of 5G Explained

For utility pole owners, safety and reliability are the top concerns when considering any attachment request. Proposed attachments must not damage existing equipment, must not overload a pole or compromise its stability, and must not be positioned in a way that obstructs traffic visibility. Installation work must not unreasonably disrupt service.

Communication and broadband providers, on the other hand, are trying to deploy enough equipment to ensure reliable 5G service and do it quickly and efficiently enough to remain competitive in a highly energized market. For them, obstructive delays can be costly.

Likewise, municipalities have their own valid concerns. Along with safeguarding public safety, their constituents expect them to uphold community aesthetic standards. City officials especially try to guard against eyesores in residential neighborhoods and historic districts.

These differing priorities of the major stakeholders is a recipe for conflict, which is why balancing them is essential to effective 5G deployment.

It helps to keep in mind that the improvements offered by robust 5G service will, in different ways, benefit all of society. The potential benefits for communications and broadband are obvious: gaining and retaining customers through better and expanded services and maintaining a competitive edge with other providers.

5G also makes possible the growth of the Internet of Things (IoT), a network of sensors that will allow for advancements in home tech, public functions, and industrial processes. For municipalities, that means the opportunity to become smart cities, with improvements to traffic flow, parking, street lighting, power usage, and public safety response, among other things. For utilities, it will mean a strengthened power grid, better troubleshooting, and real-time monitoring of assets, among advantages outlined in greater detail by Electric Energy Online.

Even with the most optimistic attitude and mutual respect, however, the wheels can come off without the proper tools to facilitate effective communication coupled with business process automation. Making a separate trip to the field every time a company submits an attachment request is no longer practical when the requests may be coming in a hundred at a time. To avoid delays, and reduce along with bad feelings, asset owners need to reliable asset data.

Improving the data-sharing process is one of the best ways to reduce friction and engender mutual respect among the parties working to bring exciting new technology to customers nationwide.

If you’re interested in learning how Alden One can shoulder a lot of the heavy lifting in today’s accelerated joint use environment, click here to contact a product specialist or visit www.aldensys.com/aldenone