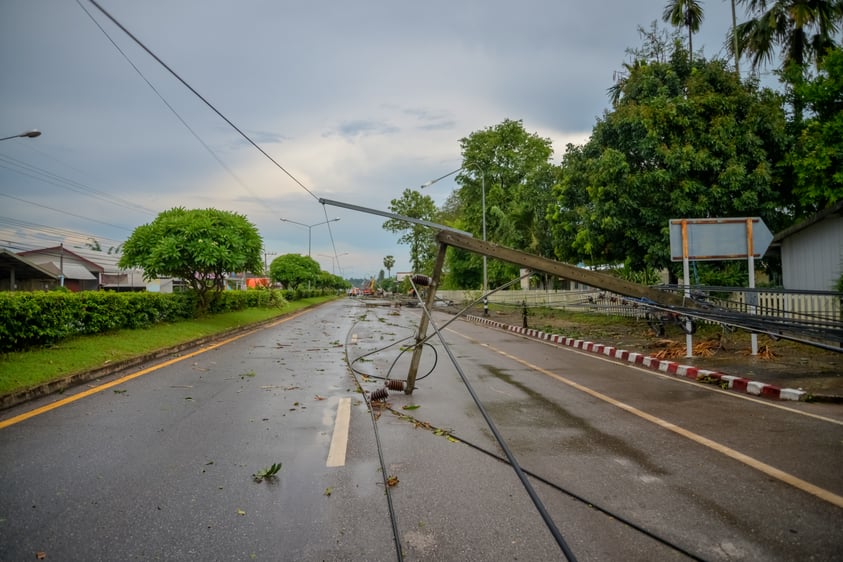 Weather-related power outages have been inevitable as long as electric utilities have existed. The basic questions utilities ask are the same, although the answers change:

In recent years, an increasing number of utilities have questioned whether or not their infrastructure is strong enough to withstand extreme weather events. As part of severe weather preparedness, many are looking at storm hardening, which includes improvements such as replacing or reinforcing utility poles, burying vulnerable lines when possible, and creating barriers around certain power stations.

If storm hardening were inexpensive, the decision would be simple. However, this is not the case.

Here are a few reasons utilities may still find storm hardening to be necessary.

While weather disasters have always occurred, the 21st century has seen an increase in frequency and intensity, particularly from “super hurricanes” that disrupt electrical service for millions of customers.

A 2016 report from the U.S. Department of Energy warned this volatile trend is likely to continue. “Electricity reliability is increasingly put at risk by climate change and extreme weather events that can exceed the design parameters and other limits of power system assets and operations.”

“Appropriate and proactive planning and investment are needed to reduce our energy infrastructure’s critical vulnerabilities to climate and extreme weather and to ensure that electric power systems can continue to deliver clean, affordable, and reliable energy with a high level of performance.”

2. The cost of inaction is growing.

Recent major storms have been so costly for utilities, solutions that were once deemed cost-prohibitive, may now be preferable over the risk of greater losses.

NOAA has been tracking the costs of natural disasters since 1980. In that period, three of the four years with the highest number of billion-dollar disasters were 2016, 2017, and 2018. Fourteen such disasters, totaling over $91B in costs, occured in 2018 alone.

Utilities are learning that current infrastructure may be unacceptably vulnerable to major weather events. Some utilities have found many of their poles are incapable of withstanding 145 mph winds, the intensity produced by Category 4 hurricanes.

In coastal areas, typical areas of highest concern are wind and flooding resistance. In other parts of the U.S., the problem is largely ice buildup during extreme winter weather. Utilities outside coastal regions have found that targeted storm hardening may need to be considered for flood-prone areas.

Customers expect a lot more than they did 50 years ago. The instant gratification and reliability provided by modern technology has conditioned the public to expect swift resolution to many problems, including power restoration.

5. Joint use activity is exploding.

The mushrooming deployment of small cell wireless equipment, which is great for consumers, increases demand for joint use attachments on poles and on other types of structures.

When an asset owner replaces a pole, months could pass before other attaching companies transfer their equipment to the new pole. Utilities often remove the top of the old pole, but leave the rest of it standing alongside the new pole. Such “double poles/double wood/buddy poles” are especially vulnerable to high winds. One Touch Make Ready (OTMR) options are helping to reduce backlogs of transfers, but the problem is far from solved.

Reports from some of the first utilities to implement wide-scale storm hardening measures are encouraging:

Help is Available at Alden

The decision to launch a storm hardening program requires gathering and analyzing a large amount of data.

At Alden, we partner with our clients to collect and manage data in the most efficient way possible and to use it to make data-driven decisions. Our centralized joint use management platform, Alden One®, is recognized nationally as a leading tool to ensure projects stay on track, keep multiple departments and companies on the same page, and make relevant data easy to access and share.

Alden can assist with evaluating your company’s assets in order to make smart decisions on storm hardening. If you’d like to learn more about how we can help with storm hardening, contact an Alden Product Specialist here.