Rural America is Ready for Broadband. Are you? 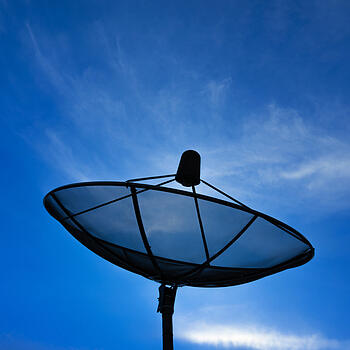 In the beginning, in the great wide-open spaces of America, there were only limited, analog entertainment options. Television stations sent signals that were picked up by rooftop antennae, pointed toward the metropolitan meccas. Some homes—those the furthest away—received only static. The same was true of the blooming Internet revolution. Long after most of us began to enjoy always-on broadband speeds (incredibly useful for Netflix streaming and music downloads), our rural friends still listened only to the 56k whine of a dialup modem.1

In the 1990s, cable arrived in the country, connecting rural outposts by pole and trench to the multi-channel heaven most of us already knew. It was a big deal, required immense outpourings of infrastructure, and was spurred on by a generally deregulatory environment for cable operating and programming companies, as well as consumers’ needs for better choices.2 Today, this scenario is happening again.

Broadband Gets a Boost

In late January of this year, the FCC initiated an experiment to allow surplus from the Connect America Fund to go to rural broadband providers that had not previously been eligible for the support. Until now, only “incumbent” telecoms—big providers like AT&T and Verizon—were eligible for the money, leaving out smaller organizations with close community ties. The question was, would there be interest in such a thing? The FCC wanted to find out, and to determine how much funding to put toward new projects, if any.

The answer? Rural America has been waiting for its chance to speak.

Upon their initial request, the FCC received more than 1,000 expressions of interest from all parts of the country, and they are still counting. Everyone from rural telephone companies, electric networks and cable and wireless providers to schools, libraries, research and educational networks, all the way down to individual communities weighed in to say “sign me up.” The proposals were diverse, but all had a common theme: all expressed a desire to deliver more robust Internet service and faster speeds to underserved rural communities.3

Now that the FCC is aware of the massive interest, they are on track to explore the possibilities, then consider a budget and selection criteria for the next phase. The result: broadband is likely coming to many small towns near to (and quite far from) you. Are your joint use management processes ready for the new attachments requests, new partners to communicate with and the new load on your poles?

Fortunately, there is a lot you can do to be ready. It is time to assess your joint use, clear any transfer or double pole issues, handle permitting backlogs, and meet the future head-on.