RDOF Funding Updates: Insights into How the FCC is Proceeding 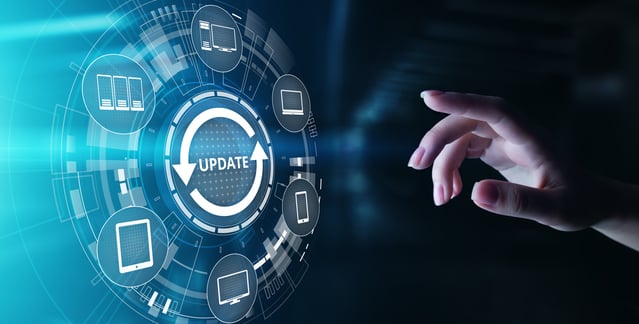 This article is the second in a series that examines the progress of Rural Digital Opportunity Fund (RDOF) auctions — with updates on the winning bids, relevant legislation, and insights you can use.

As the next wave of The Rural Digital Opportunity Fund (RDOF) funding is released, the Federal Communications Commission (FCC) is delivering new information regarding their Rural Broadband Programs. In June, July, and August of 2022, the FCC announced new updates for both the CAF Phase II and RDOF Phase I programs. Here are the highlights.

There was only one bidder included in this RDOF results announcement, Viasat Carrier Services, Inc., that won Auction 903 bids in the state of Oregon and was pending review of its Long Form Application for seven census blocks.

Viasat gained “ready to authorize” status for one winning bid covering two census blocks with support totaling $869.38 and was deemed in default for the other five ($183,712.60). Viasat’s next step is to submit the letter of credit and bankruptcy letter.

One requirement for qualification to receive support is that the entity be certified as an “Eligible Telecommunications Carrier” (ETC). Viasat was approved by the Oregon PUC on November 25, 2019, for only “non-Tribal” areas. The winning bid that covered two census blocks that achieved “ready to authorize status” was for the non-Tribal areas. The Tribal areas were rejected.

The FCC waived the requirement that ETC status be achieved for ALL areas covered by winning bids. This allowed for the separation of Tribal from non-Tribal bids and for Viasat to proceed with the non-Tribal winning bid.

While this update is for the CAF-Phase II RDOF auction, it provides some insight into how the FCC approaches the default process and may deviate from strict interpretations of requirements. In this case the FCC gave some leniency to Viasat, having winning bids in both Tribal and non-Tribal areas. Had they kept the strict interpretation, the Tribal exclusion would have also meant the non-Tribal winning bid would also have been dropped from funding. The FCC assessed that a strict interpretation was not in the best interest of the program and allowed Viasat to move forward. It can be surmised that this flexible approach by the FCC is likely to continue.

RDOF Funding: A Look at Defaults

LTD and Starlink were big winners in the Phase I auction - #1 and #4 respectively.  However, the FCC rejected their applications as outlined below. This is important for future bidders to remember – a winning bid does not equal receiving funding authorization. There is a multi-step qualification process – complete the short form application, be the winning bidder, complete the long form application, and the FCC evaluations of these.

The short form application is the minimum requirement for entry into the bidding process:

After a bid is won and winning blocks are assigned to related entities, the real qualification process begins. This is the long form application and its follow-on requirements:

Defaults in this area are the result of:

LTD did not gain ETC approval and petitioned for more time to get approval (CA, IA, KS, NE, ND, OK, SD, TX) but was denied by the FCC.

Although LTD was a relatively small fixed wireless provider before the auction, it was the largest winning bidder in the auction, submitting winning bids in 15 states. Subsequently, it failed to achieve timely receive eligible telecommunications carrier status in seven states, rendering it ineligible in those states for support. Ultimately, the FCC review concluded that LTD was not reasonably capable of deploying a network of the scope, scale, and size required by LTD’s extensive winning bids.

In Starlink/SpaceX’s case, the FCC liked the technology concept, but recent results indicated the technology might not live up to its billing. Ookla speedtest results showed Starlink speeds declined between Q4 2021 and Q2 2022 with uplink speeds well under the promised 20 Mbps.

Starlink’s technology has real promise,” continued Chairwoman Rosenworcel. “But the question before us was whether to publicly subsidize its still developing technology for consumer broadband—which requires that users purchase a $600 dish—with nearly $900 million in universal service funds until 2032.

With those high-profile exits, we’ll have to wait and see what emerges next.

RDOF Funding Update: The Top 10 Companies in Order of Funding Authorization Through 8/31/22

On August 31, 2022 the FCC announced Rural Digital Opportunity Fund authorization results and defaults for the 12th round. There were 2,072 winning bids. There was no detailed report for this round but the press release states that 6 providers were authorized covering 19 states and nearly $800 million in funding. The top states were Illinois, Arizona, and Iowa.

Charter Communications is a leading broadband and cable provider with 32 million customers in 41 states.

Charter is leveraging its extensive cable footprint and broadband operator expertise. It was the #2 biggest winner in Phase I of the RDOF auction but has received the most funding authorizations to date covering 12 states.


Windstream is a privately-held communications and software company that operates broadband, TV and phone services under the “Kinetic” brand name. It is the 10th largest telecom company in the U.S with $5 billion in annual review.  It provides residential service in 18 states, mostly in the South and Midwest. It won blocks in 15 states.


Conexon Connect, established in 2021, is a new ISP in the broadband market. It is an innovative provider that leverages existing utility infrastructure to deliver fiber-to-the-home networks in rural areas for electric co-ops and investors. It is an ideal candidate for RDOF funding as its network specifically targets rural subscribers. It won blocks in 10 states (mostly in the Southeast).


Nextlink/AMG is an ISP delivering internet and voice services to residential, business, K-12, libraries, rural healthcare, higher learning, and government agencies over fiber and fixed wireless networks. It operates in 6 Central U.S. states (Texas, Oklahoma, Kansas, Nebraska, Illinois, Iowa) and was authorized for 11 states in the Central U.S. Nextlink won the most funding in the FCC’s CAF Phase II auction ($281 million) and is expected to use that to purchase spectrum for its fixed wireless networks.


Frontier Communications (formerly Citizens Communication Company) is the #9 U.S. telecom company with $8 billion in revenues. It bid in various states under entities with both names and was authorized blocks in 7 states - with West Virginia making up over half of its overall funding authorizations. It provides broadband, digital TV, and computer tech support and has gigabit speeds serving 25 states. After going bankrupt in 2020 and exiting bankruptcy in 2021, it is now touting 2 gig service on its fiber network.


CenturyLink, renamed Lumen in 2020, bid under subsidiary entities CenturyLink, CenturyTel and Qwest, was authorized for 15 states. Copper services are grouped under the CenturyLink name and Quantum Fiber is their fiber-based product line. Lumen is the #6 U.S. telecom company with $23 billion of revenue.


Aspire Networks was assigned the winning bid from its indirect parent company, Atlantic Engineering Group (AEG), which designs, builds and manages fiber optic network deployments. Aspire won blocks within the Tribal lands of the Hannahville Indian Community in Michigan. Service will eventually be an all-fiber-optic network but initially it will provide VoIP service through Alianza, Inc.


SwyftConnect, formerly known as Cablesouth Media, won bids for Arkansas, Louisiana and Mississippi. Swyft is a cable internet provider that is transitioning to fiber (Swift Fiber).


Geolinks is a Southern California-based telecom company and CLEC that was ranked 1st in category in Inc. Magazine’s 5000 Fastest Growing companies in America in 2017 and 2018. They focus on enterprise-grade digital services. It boasts speeds up to 10Gbps under its ClearFiber brand. It was authorized for blocks in Arizona and Nevada.

RDOF Funding: What Do the Largest Authorizations Reveal?

The “big dogs” still rule. Having proven networks, and the capital funding (both RDOF and company sources) to support rural buildouts, was demonstrated by the most recent authorizations – Charter, Windstream, Frontier, Lumen.

Niche targets. Unless you’re a major player with a large established network, you need to have a well-honed niche that you can convey a vision of to the FCC where you will be able to deliver high-speed rural broadband.

Conexon is one of those players. By leveraging utility cooperatives’ infrastructure and overlaying it with fiber, they are able to reduce capital costs that would be required building out from scratch.

Others take their own niche approaches. Nextlink (Central Region plus leveraged knowledge from its winnings in the CAF Phase II auction), Starry (Inexpensive Fixed Wireless tested out on an urban environment), Aspire (Tribal lands), Swyft (tri-state area in the South), and Geolinks (2 states in the company’s backyard, tested as digital-grade services in California).

Follow the rules and deliver on the tech. Companies that cannot gain ETC approvals or deliver the speeds promised, can win the bidding, but still be dropped from funding authorization. Something for future bidders to be aware of if they are to avoid losing after a years-long process.

Besides having size or a niche focus, any winning RDOF bidder needs to have solid financials, a viable business model and successful operating history that can be demonstrated to the FCC.

The FCC also evaluates the company’s technical qualifications and ability to deliver as outlined in its “Short Form” submittal.

Entities will also be required to provide high-level technical information to demonstrate they have the technical qualifications to meet the applicable performance tier and latency requirements.

Being able to detail out processes and accurately account for all infrastructure assets can help a company clearly communicate a successful deployment plan. Find out how we help your business gain clarity and control through business process automation to be ready for the opportunity that RDOF funding brings, schedule a meeting today.

Get Support for Joint Use Asset Management

Building out an existing network can be challenging; it can become more so when evaluating government funding requirements and restrictions in order to both develop a winning bid strategy and to then implement the system under those budgetary conditions. To win the RDOF funding game you must both win the bid and then be able to deliver a profitable system based on the bid model. Knowing your development and operational costs can help you avoid either missing out on funding by leaving the bidding too early or committing to a build that cannot be achieved. Analyzing your joint use assets in the right-of-way, as well as infrastructure-related processes can improve system development (and RDOF bid) effectiveness.

Find out how Alden can help your business gain clarity and control through business process automation to be ready for the opportunity that RDOF brings, schedule a meeting today.