How Double Wood Could Damage Your City's Revitalization You may have noticed the trend on a return visit to that older industrial city you pulled up roots from years ago. The neighborhoods are looking a bit more colorful and lively. On vacation, you may have felt the pull toward a lovely walkable area—perhaps on a riverfront or along a picturesque, turn-of-the-century boulevard. The new coffee shop on the corner of a once-blighted block? It might have beckoned you to sit and think for a bit about its street's history—how much things change from one generation to the next.

Summed up, you may have experienced today's trend toward revitalization of city and small-town downtowns. Once increasingly empty of commerce and devoid of street traffic, many mid-sized American cities are turning their attention away from malls, strips and suburban sprawl toward already built, already walkable, historic neighborhoods as the next frontier in tourism, business and residential revitalization.

And interestingly, joint use plays a part in this story as well.

Double Poles and the Remaking of Main Street

Revitalization focuses a spotlight on neglect in under-appreciated areas, including on unsightly double utility poles—the bane of field asset management. Read the news and you get an immediate sense of sentiment about these doubly troubled assets. From Haverhill, Massachusetts (near Boston), the headlines read, "City pushes to get rid of double utility poles: Governor considers law allowing fines." In Walkill, New York, town Supervisor Dan Depew thought complaining residents were overreacting about double poles, until he "counted 50 of them himself," on his way home one day. Long Island homeowners have publicly deemed them an "eyesore." In every one of these places, revitalization has taken hold and people are noticing where pole owners are not keeping their newly remade streets clear of double wood obstructions. And it is not just happening in the Northeast.

A decade or so ago, many smaller middle-American industrial and railway cities (places like Akron, Ohio; Mobile, Alabama; and Waco, Texas for example) experienced a decline in prosperity marked by the weakening of traditional industry. The loss of income brought on population loss and a slowdown of downtown commerce. At the same time, Internet and big-box retailers were busy undercutting small sellers' prices, encouraging many to close their doors. As a result, formerly bustling downtowns became largely shuttered, and the aesthetics of their infrastructure became an afterthought. By the late 1990s, however, city governments had begun to rally, putting in place a number of creative plans to revitalize city centers with attractions, business and well-planned public spaces. It is a tactic that has played out all over the US, with dramatic results.

Chattanooga, Tennessee now has Northshore, a bustling business center crammed with shops that is anchored by Coolidge Park and is a quick walk across a pedestrian-only bridge from the Tennessee Aquarium, AT&T Park and the rest of the city's downtown. Cincinnati, Ohio breathed new life into Over the Rhine, creating a foodie paradise anchored by celebrity chefs and craft cocktail bars. Even tornado-ravaged Waco is roaring back to life—helped along in no small part by a nationwide love of shiplap, but also a smart master plan that has brought new blood to downtown's restaurants, shops and music venues.

But why does all this matter to joint use? Because beautification absolutely counts when a city council works hard to turn their downtown from blighted to bustling. Leaving double utility poles on streets filled with tourists and locals looking for a high-quality cocktail, a safe night out or a handcrafted gift simply does not fly with residents, business owners and administrations alike. The bottom line: neglect the basics of good infrastructure management, and your local government may cite you for neglecting to get on board with the revitalization revolution.

In this, the year of the double utility pole, why else might you want to clean up your act—and your community's landscape? Download our top 6 reasons to tackle your double poles today. 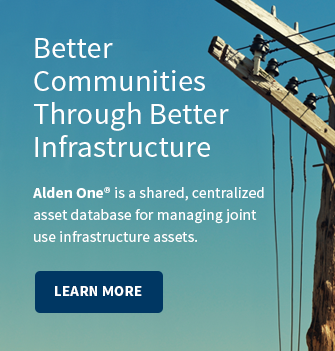