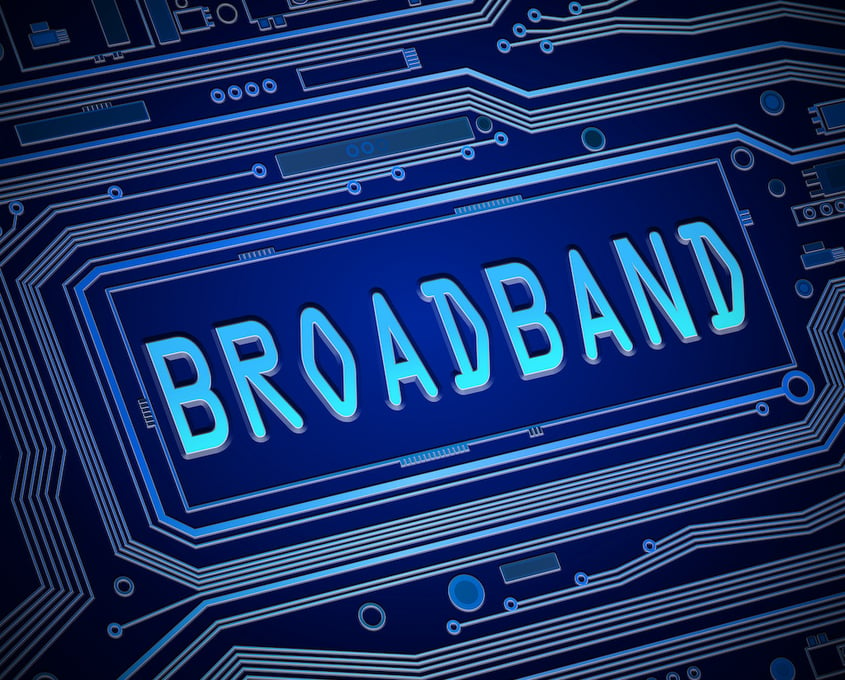 The U.S. Census Bureau estimated that at the beginning of 2021, at least 3.8 million households with school-aged children lacked home internet access part of or all the time, according to a report from the National Governor’s Association. This basic inequity is expected to have continuing ripple effects in those communities. For this and many other reasons, the Federal Communications Commission (FCC) has made closing the digital divide a key goal and plans to spend billions of dollars over the next decade on efforts to do so.

Solving this problem is no simple task and even investment at the planned level like won’t simply make it disappear. A glance at the early deployment of high-speed 5G technology reinforces what has always been predictably true: businesses typically focus technological expansion on densely populated areas where the return on investment is highest. This makes financial sense. Extension of those much-needed services to rural areas lags, if it happens at all.

Making broadband expansion cost-effective for providers is the key to actually closing the gaps in access. The FCC has taken major steps over the past three years to speed up the process; however, without the ability to identify and capitalize on further efficiencies, companies will continue to find building on those efforts a challenge. Let’s review what steps the FCC has already taken and then examine why business process improvements can be the "glue” that will make all these efforts hold together.

The FCC in Action

In the first category, an FCC rural broadband initiative this year made funding available to selected electric cooperatives across the country to help them provide broadband to the communities they serve. The agency’s Rural Digital Opportunity Fund (RDOF) will supply $20.4 billion for these efforts over the next ten years.

This program recognizes member-owned cooperatives’ long history of providing crucial modernizing service to people in areas that many for-profit utilities were not serving. The FCC is calling on co-ops to take a similar role in broadband expansion that they served in rural electrification during the first half of the 20th century.

In response to the COVID-19 pandemic, the FCC also is launching the $7.17 billion Emergency Connectivity Fund to help fund laptops, tablets, Wi-Fi hotspots, other computer equipment, and broadband purchases for students and school staff to use off-campus.

The agency also began using its regulatory powers to help control service providers’ costs and remove obstacles to wireless broadband deployment. The FCC approved these measures in 2018, and they took effect in 2019. Municipal governments have challenged some of the new regulations in court, but a 2020 ruling by the Ninth Circuit upheld most of them, including those that follow.

Key elements of the FCC broadband-related orders include:

There are complicating factors. Some states are not subject to the FCC orders, and the states that are covered are allowed to add their own rules as long as they are not more lenient than those in the FCC order. Those additional rules vary from state to state. Regulations also differ for the larger, generally older ILECs (Incumbent Local Exchange Carriers) and the smaller, newer CLECs (Competitive Local Exchange Carriers).

The move to expand high-speed broadband is clearly beneficial – even crucial – to society, and the FCC’s efforts may accelerate deployment, but obstacles remain. For many companies, working this closely together is new and potentially awkward. Many of the costs involved, such as materials and labor, are fixed. Even in the billions, government funding alone is not enough to fully bridge the gap.

Modern broadband deployment involves a variety of stakeholders: asset owners, attaching companies, construction contractors, engineering firms, local governments, and regulators. It’s important that all stakeholders be able to easily share data, meet deadlines, and identify efficiencies that save time and money while also minimizing conflict to improve relationships. By automating processes, including those applying to data collection, analysis, and sharing; applications and permitting; communications, and even billing, the parties involved can work together in a more streamlined way. As much as some companies would like to maintain their independence, collaboration is no longer optional in this time of rapid transformation.

Despite all these challenges, Alden Systems CEO John Sciarabba is optimistic about efforts to close the digital divide and speculates that the FCC is not finished taking steps to help make that happen. “I think it is completely realistic,” he says. “It’s going to take an alignment of the various stakeholders to make it happen, and getting to that alignment may be a little painful because they all have different interests. It’s not too much different than electric service and traditional telephone service being deployed out there. The density of the population, the demographics, make it hard to get over the hurdle of the initial cost of deployment plant. However, the FCC is making the funds available to help do that.”

Data-driven decisions will be a key part of that process. Finding technological tools that make data management easier is important. The Alden One® platform simplifies managing, organizing, utilizing, and sharing large amounts of data. This software will save time, effort, and money, while ensuring all stakeholders are informed and on the same page.

Working together, we can close the digital divide. Learn more about the ways Alden helps make broadband deployment more efficient by book a meeting with a product specialist.