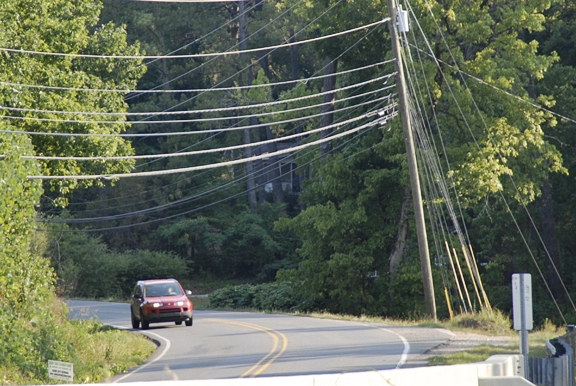 There are more than 1,000 fatal crashes due to utility pole collisions that occur each year throughout the United States. Such crashes are known as fixed-object, accidents that involve a vehicle striking an object that will move very little when struck, such as a tree, or a utility pole. While utility poles are usually not a cause of vehicular accidents (since poles, by law, are not allowed to be placed in the direct right of way of vehicles on the road) they can be a contributing factor to the injuries or fatalities that result from accidents. There are even some instances in which poles, though legally placed, may leave the pole owner legally (and financially) responsible for accident outcomes.

Consider an accident that occurred back in 1998. A station wagon ran a red light at an intersection in a southeast Pennsylvania city striking a vehicle, causing it to flip on its side and slide into a utility pole, ultimately killing two passengers inside. The driver of the station wagon seemed to be the obvious responsible party. However five years later, in 2003, the pole owner agreed to pay $5.5 million dollars to the family of those killed as settlement to a lawsuit filed against the company. The company also removed the pole involved in the accident. Although the pole was located only 13 inches from the curb, it had been placed there prior to present-day laws requiring at least 18 inches between the pole and the curb, and the Pennsylvania Department of Transportation does not require old poles to be relocated. The argument instead was that the pole has been placed in a highly vulnerable location, one with “potential for a secondary impact...where vehicles are more likely to leave the road,” that designates it to be 36 inches from the curb.

This was a unique situation, but it sheds light on the responsibility pole owners have in regards to the locations of utility poles. With so many utility poles, it is not possible to immediately replace all poles in potentially hazardous locations, but there are measures pole owners can take to avoid possible future liability in accidents.

An online records system can help companies easily and efficiently maintain this type of data and access it when needed, in order to prove due diligence and ultimately avoid liabilities. Such a system can also be of aid when working with highway agencies to reduce pole crashes and liability. Plus, many states’ DOTs have, or are working on, agreements to share the cost of relocating utility poles determined to be in hazardous locations.