The phrase "If you don’t like the weather now, just wait a few minutes" was most likely quipped by Mark Twain, but just about any meteorologist in the country could have uttered it in the past few months. It is the year of the "El Niño" in the United States and, according to Scientific American, one of three strongest ever recorded.

Likely to last well into spring of 2016, this weather pattern that tends to turn ordinary climates upside down can mean warmer, wetter winters in some places; flooding in other areas; and a stronger Pacific hurricane season, among other potentially wacky weather patterns. What this might mean to your ice-skating plans in the south and your beach plans in California next spring should be obvious, but what does it mean to infrastructure asset management?

El Niño promises to deliver storm-of-the-decade precipitation levels to many parts of the country where this much rain has hardly fallen in several seasons. This creates a situation where lots of equipment will be under stress at once and could also create the need for widespread maintenance, downed poles and other critical issues as neglected assets fail. What processes do you have in place to deal quickly with events that lead to large amounts of equipment repair and replacement all at once?

El Niño brought extreme weather in late 2015, which means at this point we are only halfway through the pattern’s projected course. This opens the door for weather-related asset issues to continue to rise one after the other for a prolonged period of time, through spring 2016 when things are expected to die down. Continuous bad weather can also make companies aware of problems lurking—and compounding—in the field that they were previously unaware of; yet another set of tasks competing with business-as-usual. When the hits start and keep coming, what will you wish you already knew about the health of your assets in the field?

Bottom line, weather-wise we are likely to be in for something truly out of the ordinary in many parts of the country for a while. Fortunately, nothing combats unpredictability better than proactivity. Take the time now to perform needed field repairs, reduce backlogs, and update communication with attachers, and you may actually find yourself ahead of the weather—no small feat. 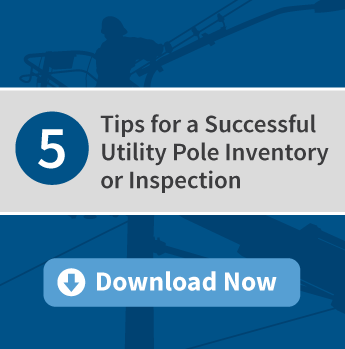